When you actually live in Brazil, it is quite amazing what you can learn. Being British, you realise two things, just how little world history you learnt at school, and just how much it is based around the history and perspectives of the British Empire. I did 20th Century history at school, and the closest I got to Latin America was the Cuban missile crisis during the cold war. That’s it.

Having realised that I was so ignorant on all things Brazilian, I first read “The Brazilian People: The Formation and Meaning of Brazil” by Darcy Ribeiro. This was supposed to be one of the best books written about the development of Brazil, but to be honest I found it slightly too dry and academic. (Just so you know, this is not a criticism. It is an amazing book, but it is maybe not suitable for being the very first book, it is not really great as an introduction, and does not really cover politics for example). I am sure I will maybe go back and read it again some time, but I then read “A Death in Brazil: A Book of Omissions” by Peter Robb, which was fantastic. The book really defies being slotted into any particular genre, it being both a travelogue and a political history of maybe the last 100 years. I suppose the book could also have been called “Brazil explained for foreigners” but that would be a bit too literal. 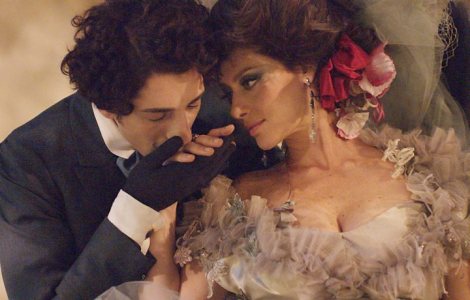 Anyway, as well as the history and the politics, another revelation, which should not be a revelation, was the discovery of such a rich culture, the only real “culture” reaching me previously being Paulo Coelho, and even then to be honest I don’t remember him being Brazilian when I read “The Alchemist” some years ago, as Brazil was simply not on my radar. But since then I have read Dom Casmurro by  Machado de Assis, an absolute classic published in 1899. I guess some of the brilliance of this work is lost in translation, as so much is meant to be ambiguous, with many plays on words, but it has whetted my appetite for discovering more great writers, and things can only improve once I am able to read in portuguese (as opposed to now where I am reading Matilda by Roahl Dahl!).

Anyway, I have also been discovering much in the way of new music, and have seen the great singer Milton Nascimento and what I would describe as a happy Brazilian version of Oasis, Skank, live. What we absolutely learn nothing of at school is anything about the dictatorship years in Brazil, years which are so recent that the country is still suffering from psychologically, especially in terms of fear and trauma, which is only to be expected. Brazil has been in the press a lot these last couple of years due to its economic expansion, but it is so clear to me now how little these journalists understand the great paradox that is the continent of Brazil.

This is not going to be a great long article about Brazil’s dictatorship years, as I am still learning about it myself. I just thought I would though introduce some musicians who I am listening to (and using their songs to help learn Portuguese).

I absolutely love this song by Caetano Veloso. I am told he is one of the great masters of the Portuguese language, and the lyrics of this song contain some deeply powerful metaphors of just how the military police had penetrated the daily lives of Brazilians.

This next song is from Gilberto Gil. I was watching an interview by him in Brazil, and in it he was saying how he had been arrested by the military police (as many thousands of young Brazilians were) and was about to be tortured. But the officer in charge of the establishment he had been taken was a big fan, and so it was that he was spared the great torture. Many Brazilians of course simply disappeared in this traumatic time for the country. What is so mad in this clip is that you will actually see the military police patrolling the audience. This is double quite crazy, since these musicians were singing very revolutionary songs disguised as love songs. When they mentioned say “Maria” in a song and how they had loved and lost, they were talking about democracy and freedom. But the military police amazingly never realised this!

This next clip is a rare piece of Brazilian psychedelia by  Os Mutantes. The song is called “Bread and Circuses” referring to the Greeks who gave the people bread and circuses which was enough to stop them from organising themselves and rioting and rebelling. I guess nowadays people have fast food and television which acts in the same numbing and dumbing way? The singer Rita Lee sang many radical songs, and too was arrested and put into prison while pregnant.

This next video was suggested by Mirella in the comments below. It is an important song as it became the anthem or hymn to a generation of young people, and to sing it openly was to court arrest and imprisonment. The song, like so many others, is deeply powerful, and talks of how so many young Brazilians, so happy and carefree and going to the beach, were suddenly forced by the dictatorship to carry guns, being forced against their wills to believe that they had to die for their country, and live for no reason. “To hope and to wait is not to know” Vandré sings, and when he sang this at a major music festival, he too was arrested. I have been told that some Brazilians today regret the end of the dictatorship, and would prefer to go back to the days when so many of Brazils youth were ruthlessly murdered, when there was only fear in the streets, streets policed by armed military. Imagine!

And finally there is this song by Elis Regina, who died in her early thirties after much drug and alcohol use. This song is incredibly powerful too, as she sings about how despite all the efforts by Brazilian’s youth in fighting the dictatorship, how come people are just like their parents and have not changed? Were all their efforts for nothing?

You know I look at just how tragic the vast majority of British politicians are, and sometime I wonder if some like Caetano Veloso couldn’t come to the Uk and write us some songs to help wake up the sleeping public, who by habit vote Labour or Conservative as their own parents did without any thought at all. London was home to many young Brazilian musicians and artists in the 80s who were seeking refuge from the dictatorship. I’d like to have them back now please, to help us deal with our own marauding lunatic oil-stealing crusaders! We could learn a lot!

16 responses to “The Revolutionary Music of Brazil”