This post is about how we understand complexity, and how we can change this understanding of complexity. I have previously written about the 2010 IBM survey on complexity – 1500 face-to-face interviews—the largest known study of its kind with CEOs from companies of all sizes across 60 countries, representing 33 industries.

Previously, CEOs have consistently identified change as their most pressing challenge. Today, CEOs are telling us that the complexity of operating in an increasingly volatile and uncertain world is their primary challenge. And, a surprising number of them told us that they feel ill-equipped to succeed in this drastically different world.

It is hardly surprising that CEOs feel ill-equiped to deal with complexity, when it is not a subject taught at school. Indeed, Complexity Science is still young as a discipline and there is no single coherent body of work which we can point to and say that this, this is Complexity Science. In universities and business schools, complexity is still not taught within a single department, it is more a case of being a multidisciplinary subject brought together in schools or centres of excellence, such as the Complexity Group at the London School of Economics.

I thought I would share some research I was able to carry out with post-graduate students at Sustentare Escola de Negócios (Sustentare Business School), Joinville, Brazil. It is here where I teach complexity theory to business students, most of whom are managers and executives from some of the largest companies in the region and indeed Brazil itself. Last month I was teaching a module Complexity, Human Resources and Education (Complexidade, Capital Humano e Educação) to students who were predominantly from an HR background, and I have previously written an article about the contents of this course.

As part of the module I was able to ask them to fill in a short questionnaire both before the course began, and also after the course. I design these questionnaires to really help the students explore the issues I will be teaching them, and to help them think about how they can apply the knowledge back in the workplace.

In case you have not already seen it, my teaching is based on three main components, teaching new business models, teaching complexity theory, and exploring mental models. In this article I want to explore people’s mental model of the concept “complexity” since for me is an extremely rich word to explore, meaning very different things to different people.

I asked the students about their notion of complexity prior to the module, and as you can imagine, their answers were quite varied. Here are just a few of the replies:

So here we have many very typical definitions of complexity, referring to the difficulty of solving problems with many components, variables and relationships between them. 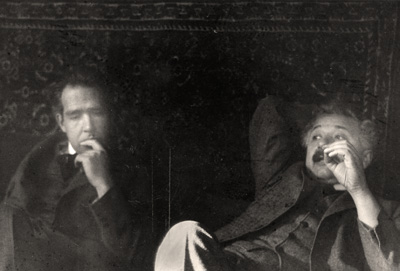 It is no great revelation to point out that the word complex is often associated with the word complicated. Sometimes though this can disguise the reason why something is difficult to understand. In the 1920s Einstein and Bohr were great friends, and there were many profound conversations between them. But towards the end of their lives they drifted apart due to a breakdown in communication between them.

Henri Bortoft, a teacher of mine who studied the problem of wholeness in quantum physics under David Bohm once told our class that in fact quantum mechanics is quite easy. So long as you can understand the mathematics, then it is then not too difficult a matter to apply. The mathematics have long since been worked out and pretty much all physicists can agree on them. What they can not agree upon, and this applies to the breakdown between Bohr and Einstein, is the meaning of the mathematics. This is a great source of complexity in human systems, since most communication issues relate to the meaning of things, and the fact that not only do we have different mental models which pretty much always we fail to acknowledge, but that also much of this knowledge is not symbolic, abstract and logical, but lies within our intuition.

So what happens when business students are taught complexity in a way in which first goes into great depth examining mental models? Well I can assure you that for students it can be challenging in the extreme, as it is much easier and far more comfortable to stick to what we know, or what we feel to know to be true. I am not challenging facts, but challenging students very fundamental world views, how they see the world, and how they think and feel about what reality is, what knowledge is, what seeing is, what causation is. These are all great challenges that scientists have grappled with throughout the ages, but we so very rarely address these issues in business, and when we do, the discussions can often seem philosophical and students can miss the application to very real problems in the business world.

In my small survey, 15 out of 17 students responded that they felt their mental model of complexity had changed. Of those two who said that it did not, they still replied that the course had very much changed the way they looked at complex issues.

Of those who did say that their understanding of complexity had changed, it is interesting to compare their responses with those before the course began:

Obviously it is extremely rewarding to see these range of responses, and to know that it is possible in a relatively short amount of time to radically change people’s mental models, so that they can really begin to see complex issues in a new light. What new light is this? Well the reason for studying complex systems in nature is that nature, on the whole is complex, and these complex systems of nature are organic, dynamic and non-linear. The systems of nature can not be understood by thinking of them as a machine, as a piece of clockwork, as an engine, or as a computer. You can not understand an organic system by breaking it down into parts, you have to perceive it as a whole, and in the last three answers we see this more holistic perception in the students’ answers.

As Basil Hiley, a colleague of David Bohm says, reality is organic, that is its fundamental nature. It is not that mechanistic thinking is not valid, it can be in certain situations, but in order to really understand an organic system in its totality (if that in fact is possible), you have to think organically. 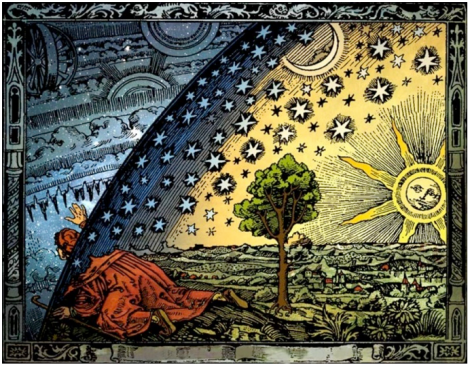 I write this article towards the start of Rio+20, a summit that aims to find a balance between economic growth and environmental protection. This is one of the world’s largest and most important conversations which can help shape the future sustainability and resilience of life on this planet, but as the Guardian reports, there is still a huge issue relating to the actual definition of sustainable development.

What I am trying to do with students is to follow the advice of the Nature Institute’s Craig Holdrege, and to teach them to think as plants grow. It is a challenge for students to put themselves through this great learning journey, but as I hope you can see from their responses after this teaching, their thinking becomes widened and their consciousness transitioned to a new way of thinking, seeing and knowing.

It is to Sustentare’s great credit that they are developing course modules of the highest calibre in Brazil, where students can begin to learn how to enter into this new way of thinking. I hope that it is not long before Brazilian companies, with this new generation of business leaders really begin to transform and develop their strategies and organisations to the benefit of both themselves and society and this planet we all share together.