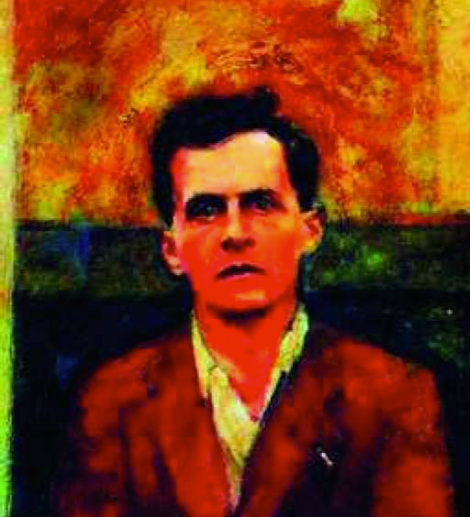 I have recently begun reading Ray Monk’s biography of Ludwig Wittgenstein (1889 – 1951), described by his great teacher Bertrand Russell as “the most perfect example I have ever known of genius as traditionally conceived; passionate, profound, intense, and dominating.” I was introduced to Wittgenstein via my own teacher of philosophy Henri Bortoft (1938 – 2012), who himself was described by his colleague Stephan Harding “as like having Wittgenstein in the room”. But before moving into this article fully, I thought I would mention a few other philosophical explorations of mine which I have experienced since writing my previous six-part series of articles Exploring Gadamer’s Truth and Method.

Martin Heidegger was a great friend of Hans-Georg Gadamer, but I had previously struggled to even read the first few chapters of his most famous work Being and Time, and it was Henri who had recommended History of the Concept of Time as a more suitable starting point. However this too I found quite turgid, and so I fell back on Mark Wrathall’s How to Read Heidgger which was brilliantly lucid in just 10 short chapters. Owen Barfield’s work Saving the Appearances has clear parallels with Henri’s final work Taking Appearance Seriously, and is an ambitious attempt to map out the evolution of consciousness across the history of mankind. Alfred Whitehead North was a friend and contemporary of Wittgenstein, and I decided to start in the safety of Donald Serburne’s A Key to Whitehead’s Process and Reality, but to be honest I really failed to connected in the early chapters with Sherburne’s attempt to clarify Whitehead’s philosophy. The greatest disappointment for me though was Merleu-Ponty’s Phenomenology of Perception. The edition you see above is a recently published 2012 new translation by Donald Landes, greatly anticipated by many due to the many flaws and shortcomings in previous English translations. By like Heidegger I felt defeated in my first reading with the density of the opaque and insanely fine-tuned prose, and the major insights were lost on me, despite me battling to the end.

And so after these disappointments and huge frustrations in my own philosophical explorations, I finally came to Wittgenstein, a philosopher who famously published very few works due his reluctance to write out his ideas in imperfect form. Wittgenstein, like the other philosophers I have just mentioned, is also one of the most difficult thinkers to comprehend, hence my cautious start with Ray Monk’s acclaimed biography. I have been hugely inspired by even the first opening electrifying chapters, especially with the discovery that Wittgenstein, initially as a student and protégé of Bertrand Russell, spent many insane nights of violent quarrel as Bertrand frequently failed to grasp Wittgenstein’s insights. It would be fair to ask ourselves what chance we have of understanding Wittgenstein if Russell, one of the world’s greatest philosophers, couldn’t. My wife Maria, who studied Wittgenstein at university, and she also has a great interest in Indian philosophy too. Last night she said that she found Wittgenstein pretty easy to follow, since it was just a matter of trying to connect with what he is trying to say. There is something in his philosophy which is not just about pure Western Euclidean logic and geometry, there is something deeper in there that Wittgenstein felt he had comprehended. As I continue with my reading, I certainly hope to find out.

In this biography we read many different letters to and from Wittgenstein, and it is clear to me that it would be quite possibly a master stroke of understatement to describe Wittgenstein as a tortured genius. “I wish to God that I were more intelligent and everything become clear to me – or else that I needn’t live much longer.” In 1911 he went to Cambridge to study philosophy under Russell, who declared that Wittgenstein “has more passion about philosophy than I have. His avalanches make mine seem like mere snowballs.” His passion for philosophy “burned within him.” This passion combined with both monumental intellect but also a great inability to suffer fools, including most of his fellow students and teachers it seems, as well as a raging depression which resulted in many long nights for Russell who had to put up with Wittgenstein’s marathon sessions of narcissistically self-absorbed  self-analysis, raging at his own imperfections and character flaws. The conversations on philosophy it seemed soon became monologues, with Wittgenstein talking at Russell, one of the few men able to withstand this level of intellectual onslaught, including many dissections of his own work, in which Wittgenstein found many errors, inconsistencies and flaws.

By 1913 Wittgenstein has developed a morbid fear that he will die in the coming years, and here we discover a great dilemma. He does not want to commit any imperfect works to paper, and yet his life is fraught with the worry that it will have been worth nothing if no works of his ever are understood. To resolve this crisis, Wittgenstein moved to a remote location in Norway where he discovered he could work without having to worry about any social niceties or pressures to conform, pressures which would have been immense given that he was from the upper bourgeoise class in Austria, and was persuaded to join The Apostles, the elite secret society of the Cambridge intellectual elite.

Even if you do not have a formal interest in philosophy, Monk’s biography is hugely engaging. We encounter the contradiction in Wittgenstein’s early years, in first his desire to develop the perfect theory of logic and also language, but also his great inability to make himself understood. His circle of friends saw in Wittgenstein a great value not only in his philosophical discoveries, but also in his methods which they implored him to write down. Philosophers are seeking answers to many great questions such as what is reality? Can we ever know reality? What is the relationship between thought and language? Although Wittgenstein sought answers to these questions, it is quite striking his inability to engage in a humane level of dialogue with his contemporaries, many of whom he thought were idiots it seems.

There is another way to view languages, different to viewing language in pure logical terms, and that is to study the role creativity plays in the apprehension of meaning. Some extremely interesting work has been carried out in this area by the late Brian Goodwin (on whom I have written a recent article The Intuitive Way of Knowing – A Tribute to Brian Goodwin).

In language, the power law distribution of words is a necessary condition for a deeper and highly significant property of natural languages: the ambiguity of meaning in utterances. Machine languages aim to remove this ambiguity by strict one-to-one assignments of ‘words’ to ‘objects’. The result is a form of communication which is mechanical and unambiguous, but utterly lacking in creativity. The creativity of natural languages resides in the multiple meanings that can be assigned to the same sentence because of ambiguities, arising from a non-mechanical or fluid relationship between words and objects in the world.

If we accept that language is ambiguous, it changes entirely our approach to dialogue. In dialogue we realise that as well as just discussing our ideas, we also have to explore the ways in which we experience reality, and if this ground of reality is different, we will never make ourselves understood. It also means that we may have a blind spot, and fail to truly reach our creative potential by failing to notice how creativity arises out of the whole meaning of a dialogue, meaning constructed from the contributions of all, as opposed to reaching a decision or conclusion by means of those who have the ability to win and dominate.

I’ll finish this article here as I am keen to crack on with the biography. Wittgenstein has volunteered as a soldier in the Austrian army, something he relished not for the opportunity to serve his country, but as a catalyst for his personal transformation. I do not know what his transition will be like, but at some point later in this book I’ll report back with a few more personal reflections from an amazing book about an incredible soul.

This series continues with: