As a Brit living permanently in Brazil, one of the first recommendations you hear is that to learn Portuguese you really need to be watching Brazilian “telenovelas”. We don’t really have this genre in the UK, but they are perhaps half way between a soap opera and a mini-series. A telenovela only has one series, which will last for a number of months. The series will then end with a massive finale, and then it is on to the next telenovela. As a 40 something bloke, to be honest I did try and watch one or two but I just couldn’t do it. Pretty much every few minutes these highly passionate affairs explode into shouting, not just a bit of shouting, but major league screaming and shouting, and it’s just too much for my sensibilities. 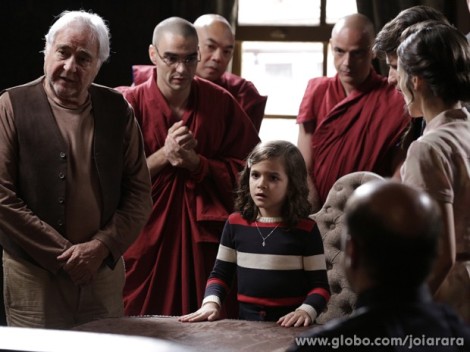 There is however one great exception to the regular telenovelas, and that is TV Globo’s Joia Rara which translates as Rare Jewel (it’s pronounced Joya Hara). This is a historical telenovela set in Rio de Janeiro, during and just after the Second World War. Before I talk about this in detail, it is important to note that Brazilian television for decades has had a set formula to evening schedules. Around 6pm telenovelas are often historical, i.e. set in a previous era. The 7pm telenovelas tend to be light and based on humour, and then at 9pm the telenovelas are much more adult in content, often dealing with sexual relationships, but also dealing with other hard-hitting issues such as prostitution and exploitation of women, as was the case with the recently finished Salve Jorge (which I did sit through and in places was OK).

In Brazil, education is still a huge issue, and so the historical telenovelas are actually one of the most important ways in which people can be taught about history. Joia Rara is the first historical telenovela I have watched, and I have to say the quality is absolutely mindblowing, hence I felt I really had to write about it. I am learning a huge amount of Brazilian history through it, such as the rise of communism in this era, but it is not so much the historical aspects that really make it stand out, it is the fact that it is also highly spiritual too. In such a Catholic country, here we have at primetime a historical telenovela about Buddhism. 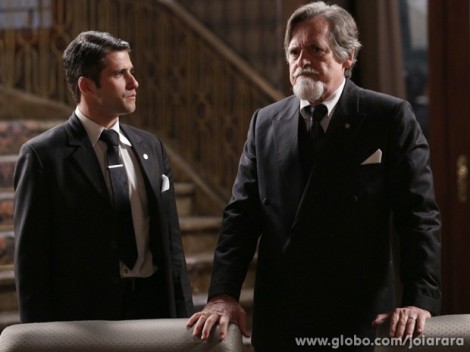 The story centres around the young girl Pérola, who is played by the sensational actress Mela Maia. She has been born out of wedlock to her father Franz (Bruno Gagliasso), from a rich entrepreneurial family, and her mother Amélia (Bianca Bin) who comes from a much poorer background. The father of Franz is the angry, vengeful and devious Ernest (José de Abreu), devoid of any ethics and values, who forbids Franz from marrying Amélia, his true love. Franz ends up marrying the attractive socialite Sílvia (Nathalia Dill), and they and Franz’s other brother and sister all live together in the family mansion.

Unbeknown to Franz and Amélia, Pérla is the reincarnation of Tibetan lama Rinpoche Ananda (Nelson Xavier). Following a vision, three monks from Tibet travel to Rio de Janeiro to find the new Rinpoche, and begin to carry out tests with many children to see if they can recognise any of the artifacts previously owned by Ananda. After a long search, they finally realise that they should have given the test to Pérola, and to their delight, she passes with flying colours. 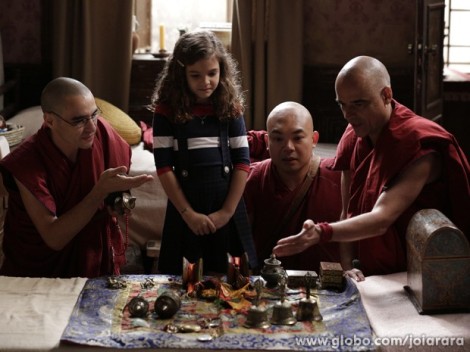 The principle characters are of course backed up by a cast of actors who are utterly convincing in their roles, be they evil, flawed, in love, rich or poor. The attention to historical detail is exemplary, for example Maria pointing out to me that even the nail polish on the nails of the actresses copying the style which was in fashion at the time. The acting is complemented with some of the best direction and production values I have seen on Brazilian television, with the composition of some scenes exquisite.

This is not just a telenovela to teach history, it is also teaching the viewer about Buddhism, and the lessons are subtly woven into the dramas and crises which fall up on certain characters, including one of the monks who himself is still learning from his master. In one scene, Ernest hires an assassin to murder the younger Mundo (Domingos Montagner), who is the true love to Ernest’s wife, the suffering Iolanda (Carolina Diekmann), who Ernest married by force after her father failed to pay some debts. Mundo survives a blow to his head and a fall from a building, and ends up in hospital in a coma. Pérola is now in Tibet, but senses this tragedy in a dream, and demands to return to Rio.

In a scene which gave me goosebumps on my arm, Pérola is taken to the hospital, and together with the monks and friends and family, she starts to sing a powerful healing mantra. Light shines down on Mundo, who not yet conscious begins to recall memories of himself with Iolanda. The mantra continues, both Christians and Buddhists singing it together, the energy of which is enough to bring Mundo back to a waking conscious state. Is it an absolutely beautiful moment. 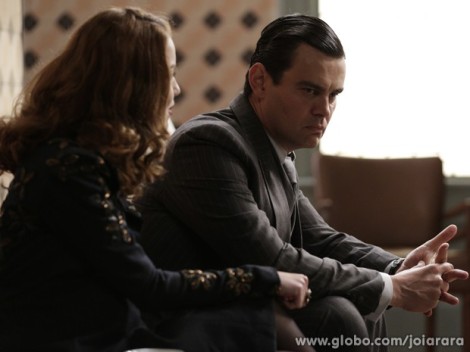 The telenovela is broadcast six days a week, so as you can imagine the plotting is intricate, but deftly woven and never contrived. It has been compelling the way in which Ernest creates his reality around him, plotting to destroy his enemies. We are at just about that stage where Franz is beginning to discover the true nature of his father, having been in denial for some time. Ernest is supported by his cunning henchman Manfred (Carmo Dalla Vecchia), a disloyal employee who Franz had always confided in, and yet now begins to realise that Manfred can no longer be trusted. Joia Rara is indeed a rare jewel of a Brazilian soap opera, and there are times where you really cannot wait for the next episode. 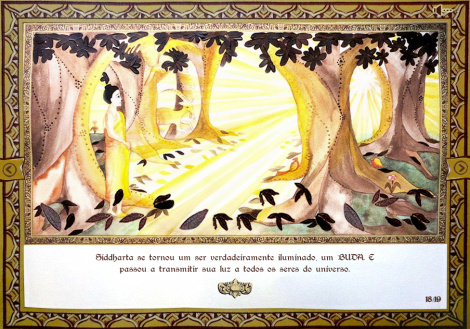 I should also point out that Joia Rara has a truly excellent sound track. It seems to be the case that each character in a Brazilian telenovela has one single song for the scenes in which their personal dramas are the focus. The producers of Joia Rara have selected some of the greatest Brazilian popmusic from the 60s, 70s and present, which although in theory should be incongruous, really does work. The other thing that is excellent is the official website of the soap opera – http://tvg.globo.com/novelas/joia-rara/index.html. This has a lot of clips from each episode so fans do not need to worry about missing any of the key scenes, and also it has a lot of information about Buddhism, including an animated story of how the Buddha came to be enlightened.

It’s funny you know because on the internet there are lots of blogs about say, the top 10 crazy things about Brazil and Brazilians. And on the other hand you have blogs written by Brazilians which are about the top 10 clichés  which foreigners think about Brazil. If these are funny, it is of course because there are elements of truth within them. If Brazilians want the world to stop seeing this country stereotypically, then it will have to Brazilians who will need to do the work to change perceptions. Globo as far as I know do sell their soap operas to other Latin American countries, and maybe Portugal, Italy and Spain too, but I just can’t see many UK broadcasters buying up the rights to these. Joia Rara is an absolute exception to this rule, and if I was an executive at Globo, I would really now be thinking about selling this to non-traditional territories.

In the UK we have Downton Abbey which I know is extremely popular, but at the end of the day, it is a little on the cheesy side. I myself would put Joia Rara way above Downton Abbey in terms of quality, so come on Globo, you need to play your role in changing global perceptions of Brazil and Brazilians, and Joia Rara, the jewel in your bag, needs to be seen by millions more viewers, with subtitles, no dubbing. It’s amazing.