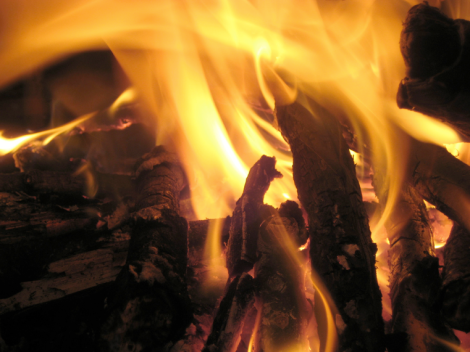 When a shaman is singing their sacred songs to the spirits of nature, they have the words in their heads, and the melody in their hearts. But the force of the song, the healing force of the song is contained within the fire of their solar plexus. So when a shaman is singing, their consciousness is simultaneously in all three energy centres of their bodies.

In the sustainability world, people often talk about the need to make the shift from head to heart. For me, it is more a case of expanding from the head to include the heart, but this will not be enough. Actually doing sustainability work, or helping companies go through programmes of profound organisational change, or even just being on our own personal spiritual paths requires power. A power from deep within.

Around fifteen years ago a spiritual teacher of mine told me and my friends that on our spiritual paths we would always need to find and be in our centres. I did not really understand what he meant at the time, but what he was talking about was the fact that when you are on your spiritual path, the attacks will come, and when they do come, they will come with a vengeance.

These attacks will come from people who are operating from deep within ego, from a place of fear, insecurity and jealousy. Jealousy is something I have been wanting to write about for a while now, and it is not so easy to do. Brazilian writer and journalist Zuenir Ventura says that jealousy is the only deadly sin that people will never admit to, and you can see he has a point.

If we do not deal with jealousy, our networks run the risk of becoming what I call knotworks – networks with ego. Envy and jealousy poison networks and turn them into knotworks. Leaders with values must always nurture networks to keep them authentic.

There is a very amazing scene in the film Little Buddha, which Maria and I watched a few weeks ago, and which she mentioned this week, which tells the story of Siddharta, later known as the Buddha, tracing his spiritual journey from ignorance to true enlightenment.

The scene starts with Siddharta meditating under a tree. He manages to avoid worldly temptations as he looks beyond form and the present.

Mara, a devil becomes enraged at his failed attempts to seduce Siddharta, and so all around becomes a frighteningly tempestuous storm.

This storm turns from crashing waves to vicious fires, which fail to disturb Siddharta.

A great army marches to the tree, with soldiers with bows and flaming arrows. The night sky lights up as the flaming arrows rain down on Siddharta.

But as the arrows reach Siddharta, he remains in absolute stillness and tranquility, the arrows transforming into petals which fall gently around him.

This is a hugely powerful scene, and its symbolism allows us to contemplate the attacks facing us on our own spiritual paths. If we can remain in our centre, and not lose our heads as those around us lose theirs, we manage to remain powerful, effective and with a continuing ability to be of service.

The scene finishes with Siddharta facing himself, first seeing his reflection in water. As the narration says, it seemed that Mira had been defeated, but in fact he had not given up the battle.

Siddharta comes out of his meditation to say:

You who go where no one else will dare. Will you be my God, architect? Finally I have met you. You have not rebuild your house again. But I am your house and you live in me. Oh Lord of my own ego, you are pure illusion. You do not exist. The earth is my witness.

And with that, his ego transforms into Mira, who vanishes, as Siddharta achieves enlightenment.

An authentic sharing economy will only be possible if we genuinely are able to tame our jealousy, jealousy which comes from fear and insecurity, and which if left unchecked can soon turn into attacks, be they false narratives, insulting, undermining, stealing, plagiarizing, ignoring, excluding, dismissing, diminishing, deriding – you name it.

Now that the internet is giving everyone an unlimited amount of fame, it is all too easy to talk the talk without actually walking the walk. It takes courage to stick to your spiritual path as this requires the ability not to compromise our values or our beliefs, despite the short term gains these may result in.

A friend said to me, around the same time in 2002, that the universe will always bring good people together. If you are able to stay on your spiritual path, I really do feel that this can happen. I saw a quote on Twitter some time ago along the lines of “we are friends with those who are of the same level of confusion as us”. I can really relate to this as it reminds us of the constant need for humility, as we live the great mystery of life.

All power to those of you who are walking your walk. At times it is not so easy, and there is always the danger of getting enmeshed in knotworks. We make progress on our spiritual paths when we find the courage to confront our own egos. No need to take the spec of dust out of someone else’s eye. This is all that is needed, and for those who have the bravery, new vistas will open up.

Always remember the fires within. A simple meditation is all that is needed to place our consciousness in our centres. Just sit comfortably, somewhere peaceful, close your eyes, breathe a little, and imaging the sun or a burning fire down in your solar plexus area. It is called the solar plexus for a reason. Just a few minutes is all it takes, just this simple meditative visualisation.

Peace to you all

One response to “Finding our Centre in Turbulent Change”