The premier league starts again in a week’s time, and I am still agonising and tweaking The Supermodifieds. It goes without saying that I would love Kane in my team, but with him being the most expensive player, I would lose strength in the midfield. After many revisions I am finally settling into this final squad, which does give me room to bring in Jesus if need be, as well as swapping out Rooney if he fails to live up to his potential having made the move to Everton. What do you think? 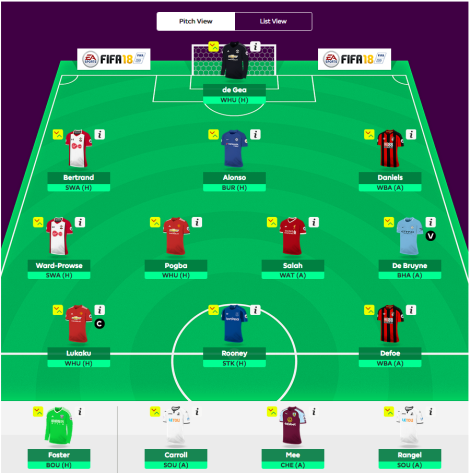 To reduce the tension somewhat chez Robinson, I am also currently reading the new biography of Socrates, the legendary Brazilian footballer by Scottish writer and journalist Andrew Downie. Downie is a foreign correspondent based in Brazil, whose political, social, cultural and historical knowledge of Brazil has enabled him to penetrate deeply into the psyche of a sportsman who is regarded by many as the most revolutionary football players of all time. 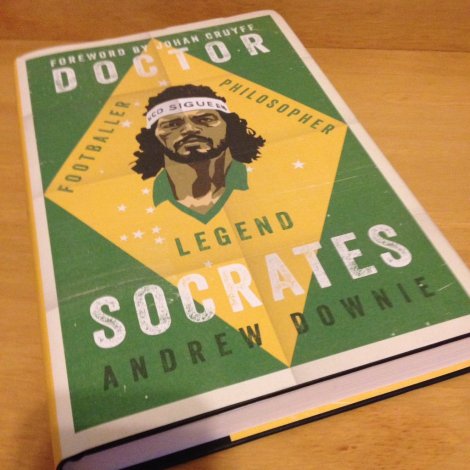 Downies’ writing is absolutely captivating, and I can strongly recommend this book to anyone who has an interest in football. I do plan to write a full review when I have finished, but in week which has seen the most expensive transfer in footballing history, one of the most interesting tweets for me was from Downie himself:

Today is a good day to take the opportunity to read about a Brazilian who was transferred six times, and never once did it for the money. pic.twitter.com/ctqnwNdju7

I have just finished the section where Brazil lose to Italy in the 1982 World Cup in Barcelona, a game from the group stage which resulted in shock across the whole of the country. I will save a full analysis of this part for my full review, but in just a few pages there are some profound lessons in ego, jealousy, leadership, humility, overconfidence, teamwork, focus, dealing with failure, and the personal growth which can come from losing.

In this period, Socrates was playing a role in Corinthians Democracy, a movement designed to give more control to players in the new age of commercialisation of football. But as Downie writes, “Socrates was transcending sports” becoming a spokesman for the poor, discussing politics, education, public health and the economy in his radio and TV interviews. “For the first time in Brazil’s history, a sportsman had a megaphone and fans were listening”.

As Downie notes in his tweet, Socrates, a middle-class footballer who qualified as a doctor while also being a professional footballer “was transferred six times, and never once did it for the money”. I do see football as a force for good, and every week countless numbers of footballers do good deeds unnoticed, supporting charities, visiting hospitals, and inspiring schoolchildren in sports lessons.

Downie’s book comes at a timely moment to show just how transcendental sports stars can be, when driven by a higher purpose and when using their fame and wealth for the good of the whole.

Oh, and by the way, I run the FPL private league Brasilianistas e Brasileiros for anyone who is Brazilian, or a fan of Brazil. Everyone is welcome to join, the code is 75272-20832.

2 responses to “In the Age of Neymar, what can We Learn from Socrates?”