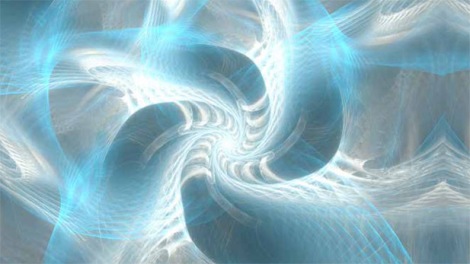 Last week I blogged a few initial thoughts on Tor Hernes’ A Process Theory of Organization (see Integrated Reporting and Holonomic Thinking: The Re-envisioning of Organisations). This is an extremely important book in that it one of the very few books written which not only makes process theory accessible, but also shows just how applicable it is in a specific practical context, in this instance our understanding of organisations.

While in our own book Holonomics: Business Where People and Planet Matter we introduce the concept of the hologram as a ‘template of thinking’ to help us develop a deeper understanding of the relationship between wholes and parts in systems, we also attempt to develop within readers a more profound intuitive connection with the livingness of life, a way of thinking about life and living systems which focusses on the coming-into-being, the becoming of life, the fact that life is not a static thing, but a continual process of becoming, rather than a noun, a being. [for further reference see the article by Tamay Kiper What is Holonomic Thinking and Why Should You Care?]

A hologram is of course static, so once we have grasped the essential nature, we can move on to consider the dimension of time. As an introduction to process philosophy, I have always found that I need a second ‘template of thinking’ in addition to the hologram, and that is a water vortex. 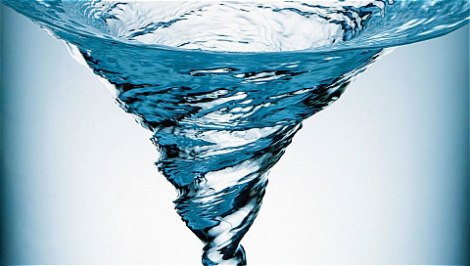 A vortex in water does not appear to have any structure of its own independent from the water. The vortex is of the water, and we can only understand the continued existence of the vortex in relation to the continuous flow of water. A vortex does not have solidity, as a building made of bricks does, but it does seem to be able to maintain a distinctive form while continuously changing.

When our level of consciousness shifts into a process view of the world, there is a shift in our way of seeing, whereby it is stability that needs to be explained. Process theorists start with the assumption that it is processes which lead to emergence of subjects, rather than stable subjects existing prior to processes.

Reviewing A Process Theory of Life in a single blog is hugely challenging since we are talking about changing our way of seeing and understanding reality by 180º. For me this quote from Hernes captures the essence of his book:

Process thinking is a way to think about that which is otherwise possible, and in doing so, capture the ongoing emergent nature of organisational life. It is a philosophy of possibility and creativity, without ignoring the restraints of the existing. It is about appreciating how processes contain potentiality for becoming otherwise without rejecting the idea that things are perceived in their actuality.

So just as we explore in Holonomics, taking a process approach to organisations demands that we develop our faculties of intuition to gain the deepest understanding of what an organisation is, challenging us to focus on its potential to become otherwise. While this use of language may appear to be strange or difficult to grasp in the first instance, the relevance and importance to leaders of organisations is immense.

A close reading of Hernes while challenging, is asking us to develop new qualities which focus on meaning, what meaning is, and how it changes over time. Hernes quotes Apple designer Jonathan Ives from the biography of Steve Jobs to show how leaders need to have a highly developed sense of the whole organisation, while still staying focussed on selected elements:

When Steve comes in, he will sit at one of these tables. If we’re on a new iPhone, he might grab a tool and start playing with different models and feeling them in his hands, remarking on which ones he likes best. Then he will graze by the other tables, just him and me, to see where all the other products are heading. He can get a sense of the sweep of the whole company, the iPhone, the iMac and laptop and everything we’re considering. That helps him see where the company is spending its energy and how things connect. And he can ask, ‘Does doing this make sense because over here we’re growing a lot?’ or questions like that. He gets to see things in relationship to each other, which is pretty hard in a big company. Looking at the models on these tables, he can see for the next three years.

There is a trap here where we may accidentally think of meaning structures as ‘structures of representation’. But Hernes uses the example of a piano to help us understand that meaning structures are performative in nature, which means that they are sustained through continued acts of articulation:

A piano which is never played may be a sign of music, but does not take part in providing the experience of music. Discourse takes part in creating and sustaining the object of its practices. Similarly, meaning structures exist insofar as they create and sustain a certain reality.

Like Maria and I, Hernes draws upon an extensive study and understanding of both process and phenomenological philosophers such as Henri Bergson, Martin Heidegger, George Herbert Mead, Alfred North Whitehead and Gilles Deleuze. I think a huge benefit of simply being exposed to process philosophy, especially for those in business, is that it changes the way we think about what a process is, the nature of causes and effects, and takes us into the lived experience of people.

Rather than being caught up in our own mental models, process philosophy both takes us into “the stream of experience” and also demands that we step out of it. In focusing on events, we become sensitised to the way in which “events are not critical in themselves, but are made critical in time”.

A Process Theory of Organization is a text only book with not one single diagram, model or table. It is not a finished product, but a call to organisational theorists to take up the challenge of developing theories of organisations which can fully account for time. While organisations lose their conceptual solidity (it is difficult to draw a framework on paper which has intuition as its basis), the upside is that leaders start to focus more on the creative efforts needed to maintain coherence and continuity.

The main elements of the framework are as follows:

I am aware of not defining these terms in this review, but I would not be able to do Hernes’ framework justice if I attempted to. What I would like to do though is draw your attention to the dynamic nature of these terms, which should at least give you an intuitive sense of the qualities of the framework.

This year, my philosophical investigations are centring around the notion of being. Yes, I do realise that this may sound pretentious, but Hernes also examines the nature of being extensively, and points out the implications for leaders, by referring to Martin Heidegger’s concept of thrownness (the way in which being already finds itself as being in time, i.e. thrown into the world:

Thrownness is useful for understanding leadership as it happens, because it locates leaders in the flow of time that is not wholly of their own making, but where they still feel they have to make their mark, notably articulating how the futures makes sense in relation to the past.

In one of the later chapters, Hernes makes the point that “the idea of becoming is slowly emerging in mainstream organisational studies”. His final chapter makes the point that organisational theory is nowhere near as sexy as say quantum physics or astronomy, which offer us astounding discoveries such as new stars and galaxies, or mind-bending conundrums about matter.

But the way in which we think about organisations does matter to the way in which we are able to sustain life, sustain our businesses and how we relate not only to others, but ourselves and to nature. A Process Theory of Organization is a huge achievement, a remarkable work which for those non-philosophers who are looking to expand their consciousness and ways of seeing, offers many remarkable insights as to how we can better able to understand the past in order to collectively shape the future, and develop ourselves as leaders, improving how we read our organisations, our fellow colleagues, partners, clients, customers and wider stakeholders.

As I said, it is not possible to do justice to the full framework in a short article like this, but Hernes has written a book that I consider a major watershed in taking process philosophy to a wider audience, and reconnecting us with the exciting dynamism of living organisations.

Integrated Reporting and Holonomic Thinking: The Re-envisioning of Organisations

Two Quotes on the Process Theory of Life

What is Holonomic Thinking and Why Should You Care?]

One response to “Book Review: Tor Hernes – A Process Theory of Organization”